Stack Overflow for Teams is a private, secure spot for you and your coworkers to find and share information.

I have a component on my app where the user need to check if he is competent to work on a family of product. To do that, when the user is on his profile, he need to check some checkboxes, each checkbox representing one family. 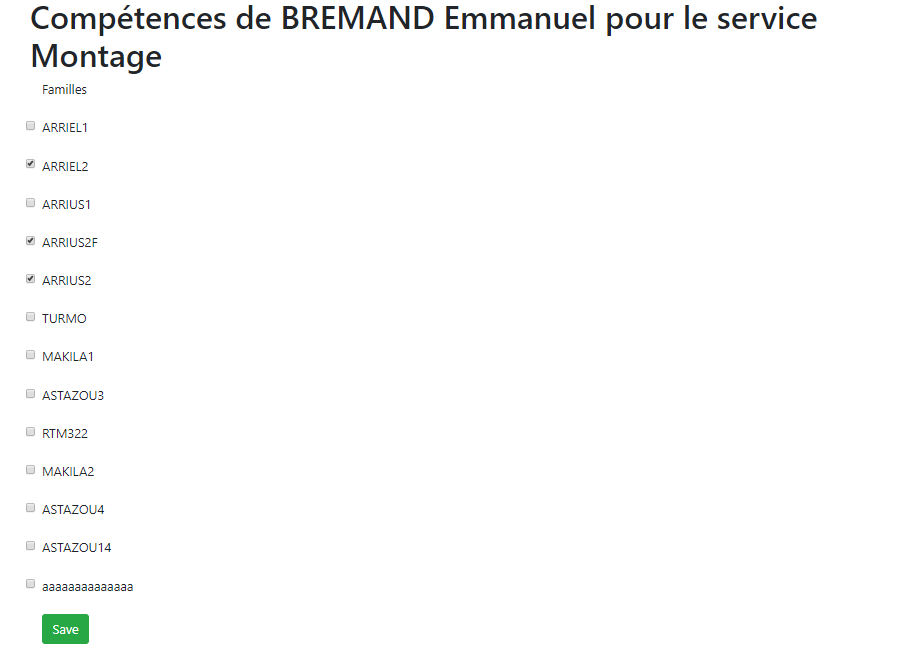 When the user submit the form, I first delete all the lines representing his skills doing something like : DELETE FROM competent WHERE user = 7;

And after, I insert one by one his skills.

But, I don't know why, sometimes, it insert lines before deleting all the lines, and it ends with a bug.

Does anybody know how can I do to avoid this problem ?

This is the method I call when I submit my form :

Thanks for contributing an answer to Stack Overflow!

To learn more, see our tips on writing great answers.

Not the answer you're looking for? Browse other questions tagged angular typescript or ask your own question.

250
How to pass optional parameters while omitting some other optional parameters?
2
Angular2 model-based parent/children form
0
Two Submit Buttons for One Form
0
Angular4 TypeScript JsonReaderException
0
Add Control in a Form according to Observable return
0
How to assign records to resource dynamically with Angular
0
Unable to reset reactive form inside .then() method